7 Biggest Changes When I Became a Lead Pastor

When I became a lead pastor, one thing became abundantly clear: being a lead pastor is dramatically different from being an associate pastor.

If you would’ve asked me if I believed that was the case prior to the switch, I would have said, of course they are different. But can I be honest?

I hardly had a clue.

Here are 7 things that dramatically changed when I became a lead pastor (or why being an associate pastor is very different from being a lead pastor).

That is, people’s perception of me. At least that is what it has seemed like. Because I obviously don’t know the thoughts of others. But you pick up on clues along the way.

The role comes with a different filter that people look at you through. In my context, the respect level people seemed to have for me was at a greater degree than anything I had experienced as an associate pastor.

I believe this is because the difference in role comes with a difference in authority—on paper, in practice, and in people’s perception of me.

Instead of Brandon, the staff person… or Brandon, the discipleship and teaching pastor (as if people fully understood what that meant)… I was now, Brandon… the pastor.

And with that came a different perception.

This may be the thing that changed the most and could quite adequately describe each one of these 7 differences.

The weight I carry now is different.

To be sure, this is a constant battle of carrying the load God has given me to carry but also handing it all to Him because it’s not my church—it’s His.

And to be fair, I have an elder team that supports me and a staff that works well together. So I’m not in this alone. But when you go from an associate pastor to a lead pastor, the weight that you carry is inherently different.

In many ways, the proverbial buck stops with you. You set the tone. You guide the direction under the Lord’s leading. Major decisions? You’re involved.

And your words? They carry extra weight now.

So be thoughtful and faithful when you speak.

Make sure you ask lots of questions and give space for others to express what the Spirit is saying in their hearts.

As an associate pastor, you might have fought to get your voice heard.

As a lead pastor, you have to fight to get everyone’s voice heard.

Did I mention that people’s perception of you is different as a lead vs an associate? Yeah, this shows up in relationships.

Some people, simply because of your role (whether you’re an associate pastor or a lead pastor) will have a hesitation in forming a friendship with you. And in my experience, this is to a greater degree as a lead pastor.

A small sliver of people might even buddy up to you to advance their own agenda. And as soon as they find out that their agenda doesn’t line up with the leadership’s direction? They will, as the young folks say, ghost you.

As always in ministry, you still deal with the emotional roller coaster of investing in people who might randomly leave the church and never be heard from again. Sometimes even people you developed a friendship with. These ones hurt still, no matter your role.

But likely the biggest difference in relationships as a lead pastor versus being an associate pastor ties into the next thing: complexity. I’ll tie in both.

You see, my parents divorced when I was a few months old. And so my upbringing included living in two vastly different households with ever-changing dynamics. There were one set of rules and norms at my mom’s house (which I spent the most time at) and another set of rules and norms at my dad’s house. My mom’s house included a step-dad and one of my half-brothers. Then at my dad’s house there were my siblings, step-siblings, and a step-mom. Add to that, a string of divorces and then you get the ever-changing complexities of relationships and juggling new norms.

How does that help me in managing relational complexities as a lead pastor? Growing up, I got used to reading the room. I got used to paying attention to the dynamics at play and navigating them as best as I could. Additionally, I learned how to connect with a wide variety of people in close proximity. Not that I did it well all the time, but these situations, I believe, have helped equip me for ministry today.

As a lead pastor, relational complexities are a norm.

There are various degrees of relational closeness with my staff and my leadership team. and I have to know when I have the “lead pastor hat” on and when I have the “friend hat” on and also do so in such a way that isn’t fake or completely bifurcated. I’m a person and so are they. My role doesn’t define me but it also shouldn’t be ignored. It’s a complicated dance.

But that’s not the only area of complexity.

On one side it’s people and relationships—which I could go on about more but we’ll suffice it for now—but the other side is direction, mission, and values.

One of the biggest areas of responsibility for the lead pastor is keeping the big picture in mind even in the midst of multiple groups, interests, and variables.

And too often, what happens in churches is random activity that lacks any semblance of alignment. So instead of the church working together toward a unified destination, the church is ineffective in many different directions.

But this doesn’t have to be the case and it’s usually up to the lead pastor to help the staff and lay leaders see what alignment looks like and work toward it.

If there is a decision to make, I’d much rather approach it in a collaborative way than simply make the decision myself. But as a lead pastor, especially over the last two years, there are just a greater volume of decisions to make.

And even when collaboration is present and done well, there is this phenomenon called decision drain that I’ve experienced a number of times as a lead pastor.

It’s the feeling of exhaustion on the other side of a steady stream of decisions.

As an associate pastor, I was in a context where we approached many things collaboratively. But as I know now, there were plenty more things that were decided that didn’t include my input.

You get the idea. It can be draining.

Criticism wasn’t foreign to me as an associate pastor. I remember reading a long email from someone who was new to our church but was a part of a community outreach organization we partnered with. We had met because we were paired together to work on a project for an upcoming campaign at the church. On the other side of the meeting, he not only criticized my ability (in his eyes) to do the job, but also criticized much of the church for lacking in what he estimated as leadership capacity.

I remember being utterly furious. I don’t mind criticism when it is delivered in a respectful way. But come at me with arrogance and disrespect? Old Brandon starts to creep to the surface. So, needless to say, six or so years ago when this happened, I learned a lesson because I did something that I wish I hadn’t.

I responded in anger via email. Did I make valid points? Absolutely. Did I put him in his place? In my estimation I did.

But did I honor Jesus? I don’t think so.

But here’s my point: criticism is a regular part of ministry no matter your position. It happens. But this is also true: the volume of criticism I’ve received as a lead pastor is far greater than anything I had faced as an associate pastor.

And because the volume has increased, I get a lot more practice on dealing with it and honoring Jesus through it.

And over the years, I’ve learned this: when it comes to criticism, do your best to separate the wheat from the chaff. And no matter what, there’s probably at least a little wheat to be collected.

The typical lead pastor workload is full and wide-ranging. This can be true of associate pastors as well, but I’ve found that without the church size that would afford the ability to hire an executive pastor, the lead pastor position requires additional skills.

Here’s just a sampling of the skills that are often required:

I could go on, but you get the idea.

The amount of skills required in any ministry position is a lot. But it does seem to be more as a lead pastor versus when I was an associate pastor.

What's been your experience?

Have you made the switch from associate pastor to lead pastor? I'd love to hear what your experience has been. Let me know over on Twitter.

Are you considering making the switch but haven't yet? Let me know over on Twitter.

Grow in Your Preaching

If you want to be faithful to the text, prepare efficiently, and craft your sermon memorably, I’ve got just the thing to help. It’s called the 10-step guide to writing a sticky sermon and it’s yours for free. Just click here to grab your copy. 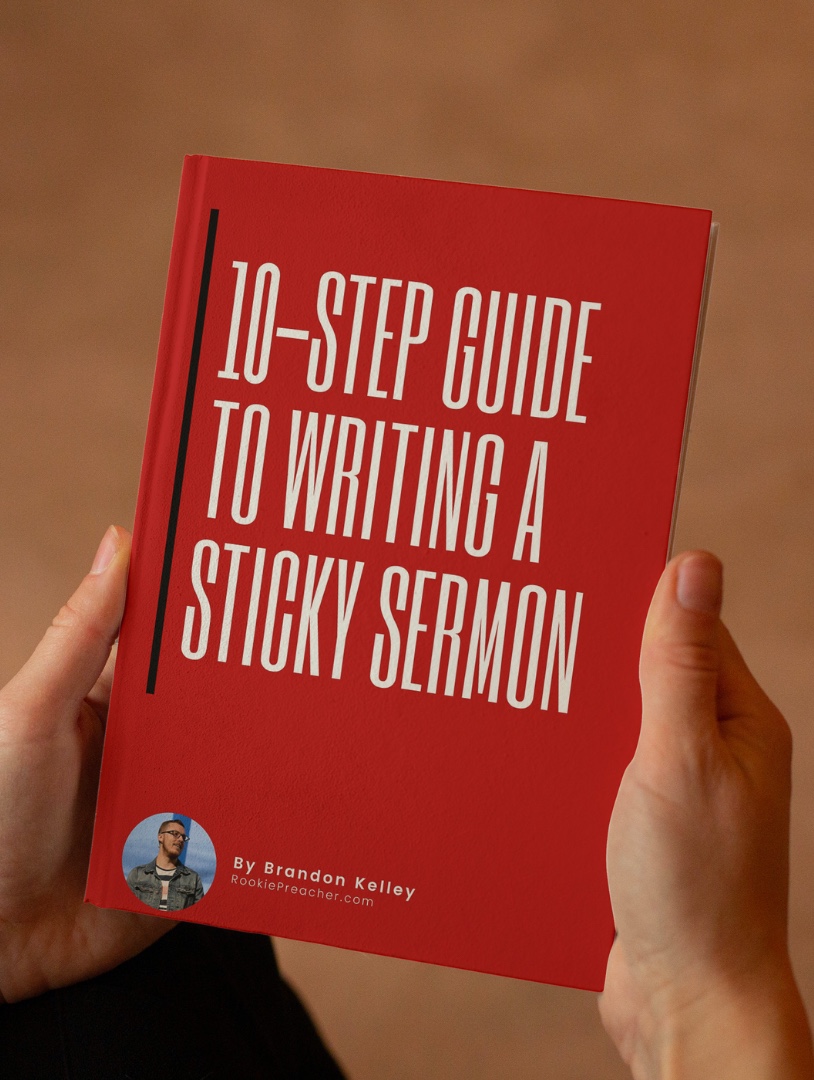 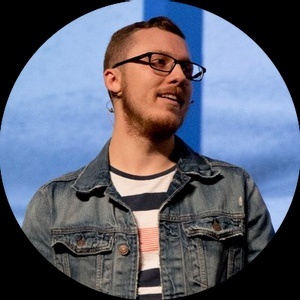 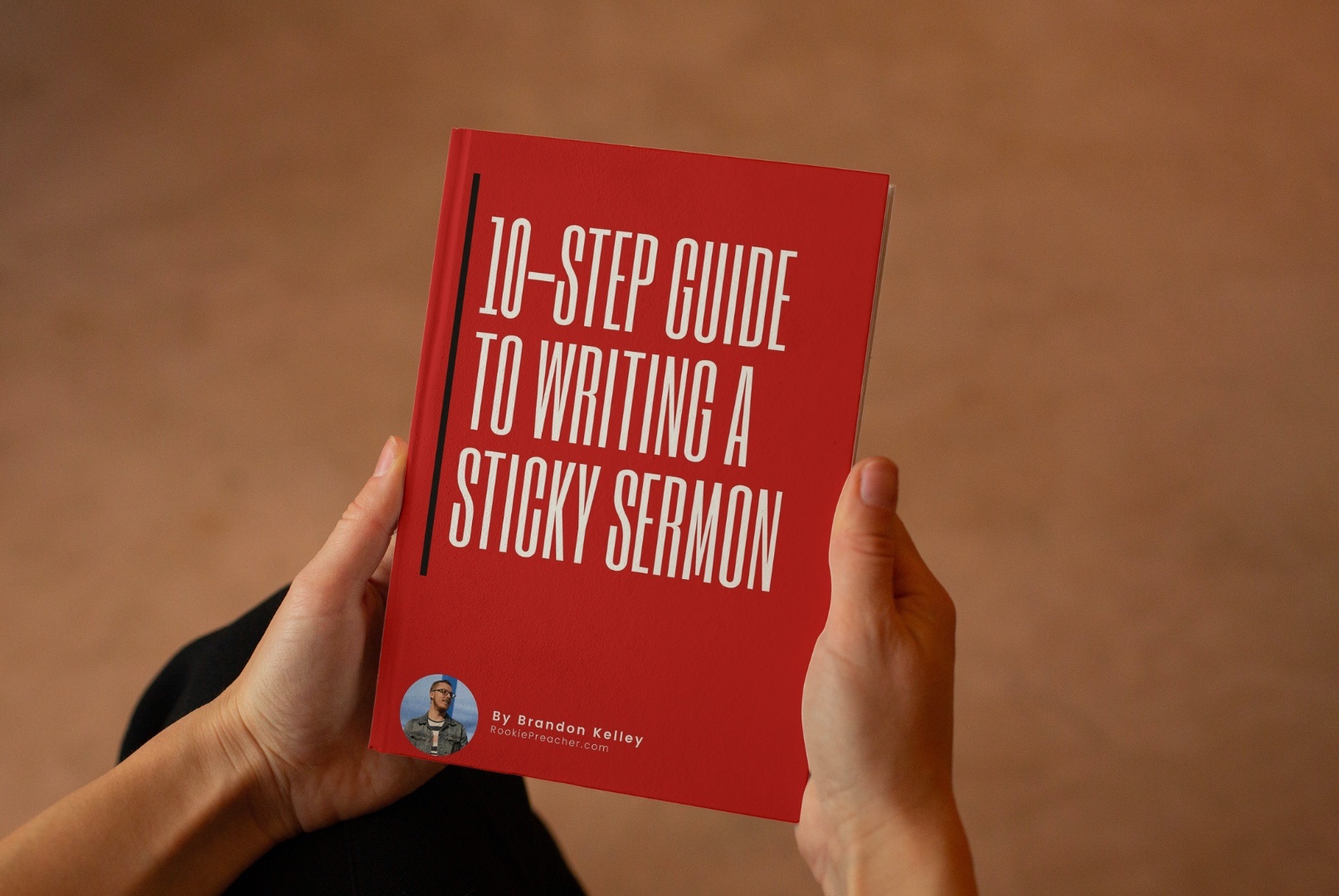